No matter who you are, where you live, or how long you’ve been married – you never think it will happen to you. No amount of planning is adequate to prepare for the worst day of your life – the day your spouse dies. But just like life itself, death happens…often when we least expect it.

This is Lorraine’s story….

Preparing for the Paperwork That Follows a Spouse’s Death

My life changed forever two months ago. We’d just returned from a 10-day cruise on the Danube River when my husband, Richard, died suddenly of a massive heart attack. I was at home with him at the time. The ambulance crew worked on him arduously for 30 minutes before rushing him to the hospital. There the doctors did everything they could to revive him.  Soon I learned there’d been no sign of life from the time the ambulance crew started working on him or any time in the next 45 minutes. He’d gone immediately. I’ll always be grateful the medical people did as much as possible to bring him back to me.

I’m also grateful for the time I had at the hospital with Richard, being allowed to stay with him in that little medical room as long as I needed. His body was still warm, which I found very comforting. On one level I was in shock by the rapidity of his death. On another I was able to talk with him sanely, telling him of my desperate pain, my anger at him for leaving me like that, my praise for how wonderful he was, and my anguish that he’d had to leave the life he loved so much. I was able to sob and to put my arms around him, feel the warmth of his chest, and admire his handsome face. I was able to give him farewell kisses. His absence had not yet set in.

I rode out the next week on a little wave of adrenaline, writing the obituary, planning the funeral, receiving the wonderful friends and food that came by, and being with family members flooding in. I appreciated all of their support and knew they were suffering too.  My husband was a wonderful man, beloved by many.

Our son Alex’s presence especially bolstered me at that time, and for the next leg of my journey, in ways I was yet to realize. And that’s what I’m writing about now.

Richard’s funeral was on a Friday. While I spent the weekend afterwards talking with relatives and resting whenever I could, Alex was busy cancelling his dad’s credit cards and putting together the list of phone numbers we’d soon need to call. These were the farthest things from my mind. Weeks could have gone by before I got to such mundane things. But on Monday morning Alex handed me a list of numbers and sat down with me to begin making calls.

He only had a few days before he left for home, which accounted for some of his urgency. This was also part of his way of grieving, so like his father, lining up the numbers and taking care of the money. But as I know now, these early phone calls are a vital part of a widow’s preparation for her financial future. After a spouse’s death, retirement accounts are no longer mirages for the future. They are an immediate and necessary part of your financial well-being.

Alex and I got busy on the phone, It was good to be working on a project with my son, though I didn’t understand the big rush. We contacted the insurance company, notifying them of Richard’s death, a necessary first step before any life insurance could be paid. They also needed to change the names on the policies for our home and cars. We called Vanguard, the financial group in which my husband held investments, to alert them of his death and start that process of getting things transferred to my name. We called the Social Security Office so they could begin their work to ensure accurate bank deposits in light of the new information. We called the hospital where Richard worked to discuss what we needed to do about his retirement IRAs. And we called the annuity company in he’d been investing  for over  twenty years, following a previous job. Alex and I both talked to the representatives and he took down more numbers for me to call at a later date.

After a spouse’s death, retirement accounts are no longer mirages for the future. They are an immediate and necessary part of your financial well-being…

(For the record, you can’t just ask a company to transfer funds into your name. First you have to prove you are who you say you are. Then you have to prove you are the real and sole beneficiary of the account. And you have to prove that the benefactor, your spouse, is actually deceased. This is one reason for beginning the paperwork early. Companies need time to send their forms to you. You need time to gather all the documents they require, being sure to send back copies and not the originals–except in the case of death certificates. All agencies you work with will require death certificates. These must be officially notarized and stamped, usually by the funeral home. That’s why you’re provided with a dozen forms. Even your local bank may need one.)

Shortly after Alex left for home, the envelopes began arriving. Not the wonderful little envelopes with cards and loving sentiments that touched my heart so deeply, but big official envelopes stuffed with important papers. I began using the dining room table to organize the papers into four piles, (one for insurance, one for annuities, and two for investments.) That space proved inadequate once I realized there were several issues in each category. If I simply stacked the pages, I missed important items and requests from that category. Once the Medicare-related mail started arriving, (I’m 69), I knew I needed a better system. That’s when I bought a small filing unit on wheels and moved everything to its own bright-colored folder. During that first month I often thought, “Why isn’t there a secretary who can come to the house and handle all this paperwork?” Under my careful management, of course.

For the first six weeks after Richard’s death I was overwhelmed with money-related demands. This is not a complaint. I’m happy my husband had investments and IRAs in several places. His foresight filled me with gratitude he’d done such of good job of preparing for what was to be our retirement. And, most importantly at the time, my constant busyness gave me a respite from my grief.

Now, nine weeks later, much of the initial paperwork is complete, but hardly all of it. I’m working with a professional to help me change our investments from a high-risk growth pattern to a much safer long-term pattern, such as buying bonds. Though I’m still very much a novice, I’ve learned some big phrases, like fiduciary agent, front-loaded investments, and minimum required distributions. I’ve entered a new phase, planning for the future. No doubt that will require years of learning.

My point in writing this is to alert people who haven’t anticipated the deluge of correspondence that follows the death of a spouse. Single people as well may want to inform their son or daughter, sibling or attorney, about the paperwork family members can anticipate following your death. What is the loved one’s social security number? Where are the important papers kept? Are there any outstanding debts? What agencies will need to be contacted? Not everyone has an Alex to walk them through those first confusing steps. Maybe you’ll want to write down those phone numbers and find those documents now. You hope you’ll never need them. But if you do you have an initial plan for handling the surge of paperwork that follows a loved one’s death.

I want to thank Lorraine for her guest post.

After meeting with Lorraine, I knew her story needed to be heard.  Her willingness to share her personal experience will no doubt help other spouses that will eventually find themselves in a similar situation.

5 Easy Steps to be a 401k Millionaire [Rebroadcast] 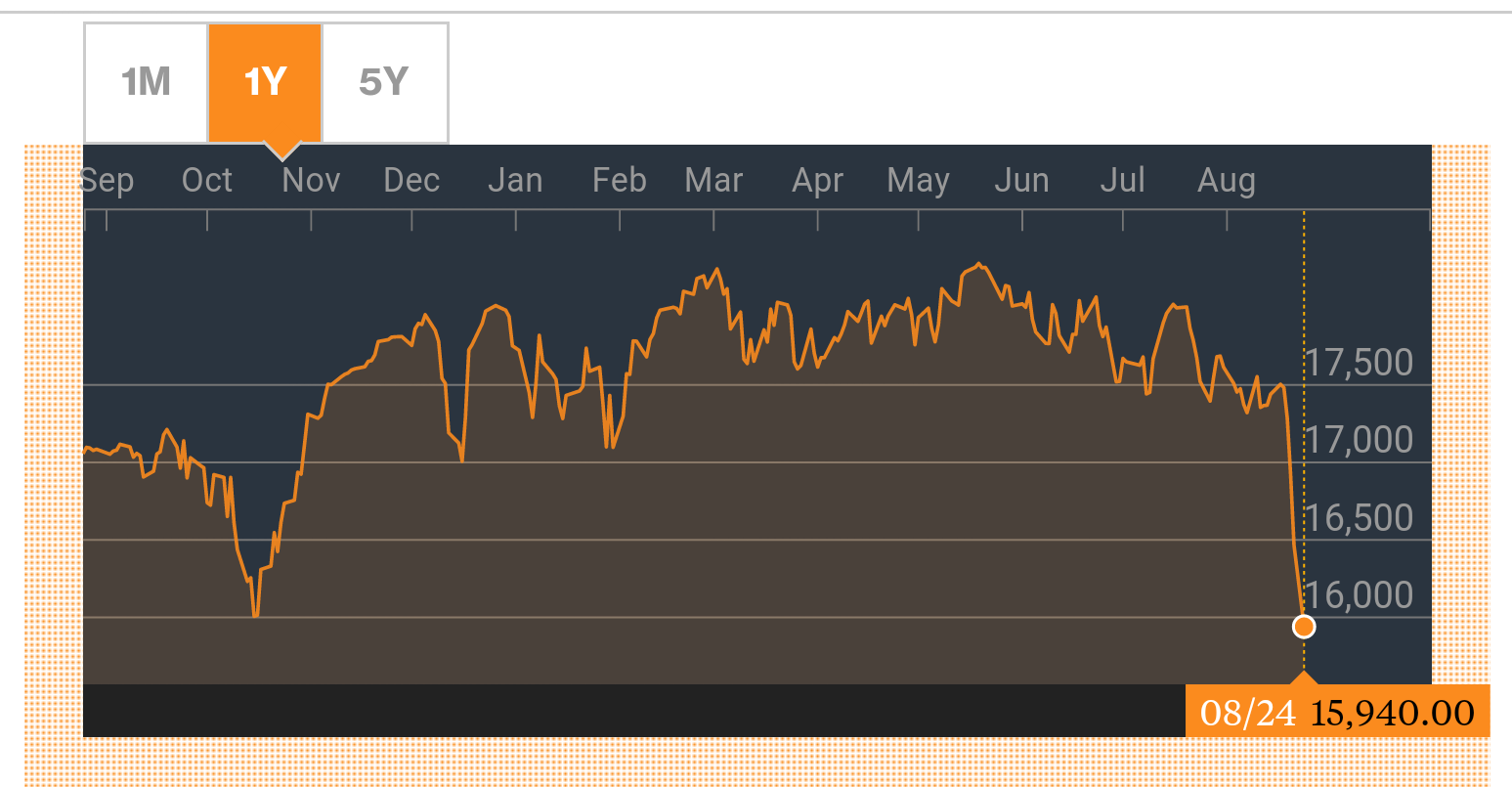 How John Bogle Put Money In Your Pocket, Even If You’ve Never Invested With Vanguard, Ep #72 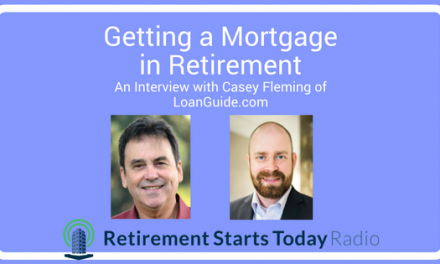 Getting a Mortgage in Retirement